December 11th is the deadline to register for round two of the Coronavirus Food Assistance Program and also the Dairy Margin Coverage Program. Chris Galen from the National Milk Producers Federation provided us with an update:
Read More

From a recent PDPW Dairy Signal, Kathrine Barnes with the National Farm Medicine Center shares her thoughts about the spread of COVD-19:
Read More

Just because we are entering the cold winter months doesn't mean to reduce the ventilation exchange rates in your barn. Dr. Ryan Leiterman from Crystal Creek tells us more:
Read More 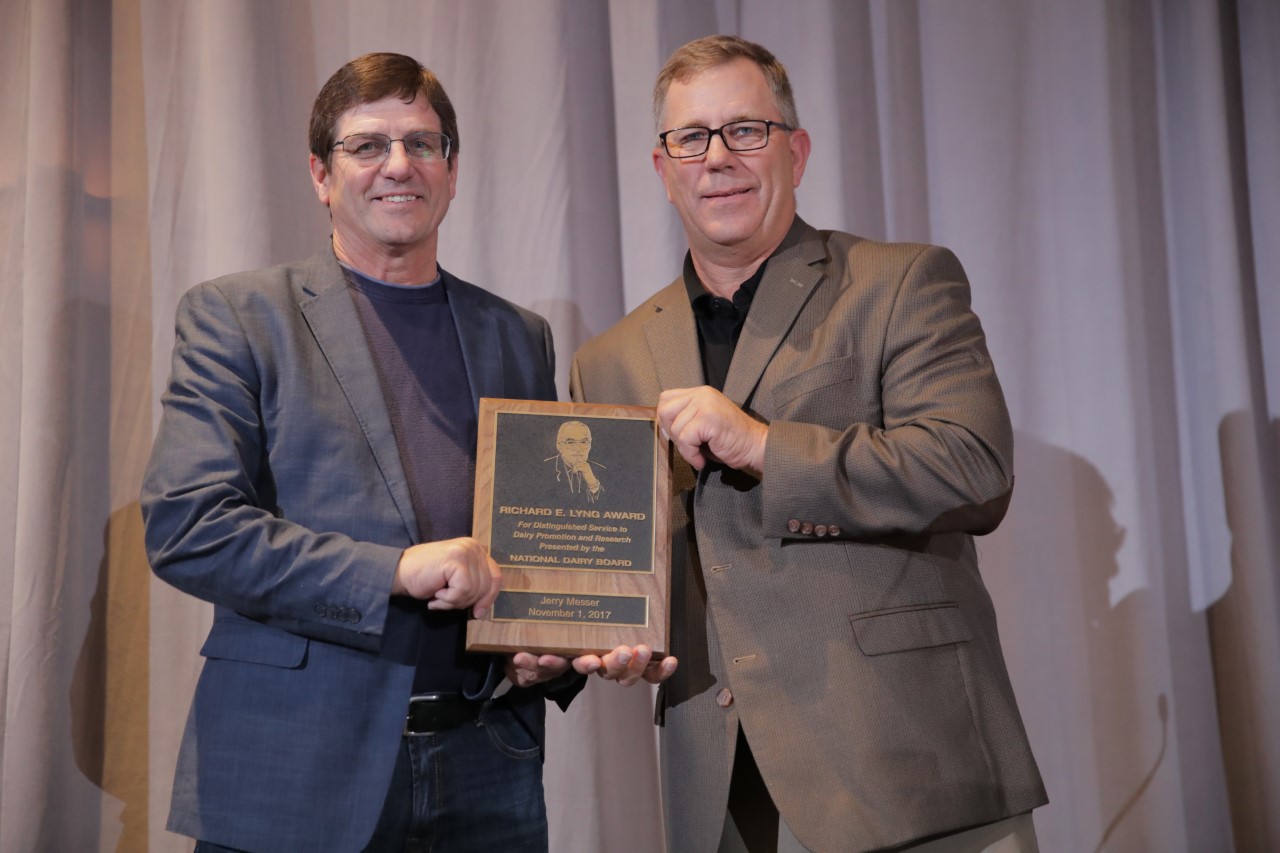 The National Dairy Promotion and Research Board (NDB) honored Jerry Messer as the 2017 recipient of the Richard E. Lyng Award for his contributions and distinguished service to dairy promotion.

The award is named for former U.S. Department of Agriculture Secretary Richard E. Lyng, who played a critical role in implementing policies that led to the establishment of the NDB more than 30 years ago. The Lyng Award honors leaders who have made a significant contribution to dairy promotion that benefits the entire industry.

“When you consider the qualities of leadership, including honesty, dedication, passion, foresight, strategic thinking and humility, Jerry demonstrates them all,” said Amber Horn-Leiterman, Wisconsin dairy farmer and chair of NDB.

Since 2012, Messer has been Chairman of the National Dairy Council. In this role, he’s served as a public face for youth wellness and the dairy checkoff’s Fuel Up to Play 60 program, an in-school initiative that promotes healthy eating and physical activity. Fuel Up to Play 60 was created in partnership with the National Football League and in collaboration with USDA.

“According to Jerry, any idea that is good for today’s youth will also be good for dairy,” Horn-Leiterman said.

As part of the Richard E. Lyng Award, the NDB will contribute a $2,500 scholarship in Messer’s name to North Dakota State University’s Animal Sciences Department.

For more information about the dairy checkoff, visit www.dairy.org.

December 11th is the deadline to register for round two of the Coronavirus Food Assistance Program and also the Dairy Margin Coverage Program. Chris Galen from the National Milk Producers Federation provided us with an update: