How high are feed prices? "Eye popping levels," according to - Will Babler, Principle at Atten-Babler Commodities, LLC, who recently gave a presentation on PDPW's Dairy Signal:
Read More

Butter hit a seven-year high on Aug 3rd but was short-lived. StoneX broker Dave Kurzawski talks with Lee Mielke about it, and how bullish he is on cheese, despite prices falling below $2 per pound.
Read More

Dr. Mike Hutjens is back with another installment of Feed Forum Friday:
Read More

How Many Heifers To Succeed?

Dr. Gavin Staley, Technical Services Director at Diamond V, shares info from a recent PDPW Dairy Signal: on the production lifespan of a dairy cow, and just how many heifers are needed for a successful dairy operation.
Read More

The news was mixed this past week with the $1.81 drop in the Class III milk price, however U.S. dairy exports remained strong in June. HighGround Dairy's Lucas Fuess talks with Lee Mielke about the highlights.
Read More

Chris Galen with the National Milk Producers Federation joined us on today's Policy Thursday to discuss the revamping of the scuttled Build Back Better initiative:
Read More

The Science Behind Heat Stress

We know heat stress affects animals on the ground, but what's interesting is heat stress can actually be multi-generational. Dr. Ryan Leiterman, director of technical services with Crystal Creek, explains on this month's 'Ask the Vet' segment.
Read More

Evaluation of Biochar on Anaerobic Digestion

Dr. Joseph Sanford, PhD, Assistant Professor in the School of Agriculture, and UW-Platteville faculty researcher for the Dairy Innovation Hub recently updated PDPW Dairy Signal viewers and listeners on what Biochar is and how we continue to learn more research about it.
Read More 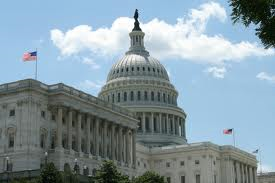 Agriculture Committee Chairman Mike Conaway’s expressed his frustration on Friday that he and his colleagues will be unable to get a bill done on time. Chairman Conaway said:

“I told a writer the other day that I probably played football too long but as long as there was time on the clock, the score didn’t matter, you just go at it as hard as you can, for as long as you can. Once the clock goes to all zeros, which will be midnight on Sept. 30, then it’s a new game.

Folks are beginning to talk about extensions or whatever they want to. To me, that means they’ve given up and I hate giving up. I just—I don’t like people who give up. That’s just not what we do. Where we sit right now it is across almost all of the titles, there are legitimate policy differences of opinion across them. It’s not just SNAP, it’s not just the farm bill, it’s not just conservation, it’s not title—it’s a variety of things that we have yet to come to grips with. It’s really frustrating because no one of them, who are actually all of them in combination, are worthy of us not getting this done. It’s just a matter of having the political will to make those hard choices.

Producers don’t need the additional anxiety or uncertainty of not knowing what the next 5 years looks like with respect to a farm bill. They’re living this five year drop in net farm income, 50 percent drop, the worst since the depression, no real prospects of the commodity prices getting any better, so getting the farm bill done is really important, but it’s got to be important to everybody negotiating. Right now, I don’t get the sense that getting something done has quite the sense of urgency with my Senate colleagues as it does with me.