The Agriculture Department announced the March Federal order Class III milk price at $16.25 per hundredweight, down 75 cents from February but $1.21 above March 2019 and the highest March Class III since 2014. But that’s where the good news ends. More bloodletting is...
Read More

People spend a lot of time and elbow grease cleaning their calf facilities and equipment, but how effective is the effort? Dr. Ryan Leiterman from Crystal Creek shares the importance of deep cleaning to reduce pathogen levels that potentially harm calves:
Read More

The global pandemic has plunged the world into a time of perplexity and uncertainty. Hoard's Dairyman managing editor Corey Geiger addresses some of the arising concerns for dairy on today's Dairy Radio.
Read More

Last year more than half of Americans did not eat there meals at home. Ag Resource economist Dan Basse says the global pandemic has changed that. He shares his concerns about stocking our nation's grocery stores and is also keeping his eye on another Black Swan that...
Read More

Efforts To Eradicate Virus Is Critical

Dan Basse, President of Ag Resource Company joined us on today's Dairy Radio to share his thoughts on the global pandemic.
Read More

USDA has FAQ's and resources about coronavirus (COVID-19).The latest information directly from the CDC can be found at www.coronavirus.gov.Read More
Read More

HighGround Dairy warns that the coronavirus outbreak will result in a severe decline in restaurant and food service sales, which are a key driver of dairy demand, however retail and grocery demand has been exceptionally strong. Lucas Fuess talks with Lee Mielke about...
Read More 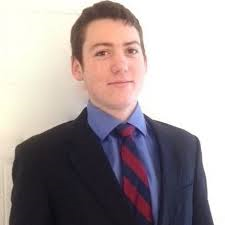 Friday was the first day of June Dairy Month, but it arrives with a lot of apprehension among dairy producers. The cash dairy markets ended the Memorial Day holiday-shortened week with block Cheddar at $1.5975 per pound, down 1 1/4-cents on the week, 10 1/4-cents below a year ago, and 6 1/4-cents lower than it was on May 1, as the week’s global politics may have influenced traders some. More on that ahead. The barrels finished at $1.52, down 2 1/2-cents on the week, 3 cents above a year ago, but 8 1/4-cents below its May 1 perch. There were 7 cars of block that traded hands on the week at the CME and 26 of barrel.

Matt Gould, editor, an analyst with the Dairy and Food Market Analyst newsletter says the second half of 2018 will be better than the first half – but he says that still doesn’t mean dairy producers will be profitable. Listen to his conversation with Lee Mielke of the Mielke Market Weekly on today’s Dairy Radio Now.